When I was little I visited the UN General Assembly auditorium in New York City. This experience left its mark. Historical and beautifully-designed podia built to inspire, mark excellence, and foster communication and debate became my thing.

In March 2011 following an invitation by the Department of Health to chair, co-author and contribute as an executive board member to a programme of work focussing on Early Diagnosis in Dementia, it never occurred to me that two years later I’d be co-presenting our findings at such an  architectural landmark.

took place at the impressive Palais d’Iéna, built in 1937, now a protected historical monument and the HQ of the Economic, Social and Environmental Council in the heart of Paris.

A final three-day event in Paris preceded the launch. Executive board members planned deliberated and rehearsed the final hours, including the last minute recording of eleven ALCOVE videos. The pace was frantic.

On Thursday the 28th March 2013 Professor Dawn Brooker (Director of the Association for Dementia Studies) and I presented the UK findings alongside guest collaborator Professor Anders Wimo (Karolinska Institute, Sweden). 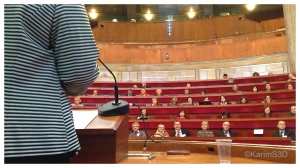 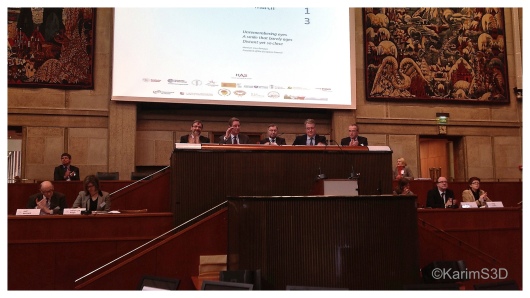 ·         Jean-Luc HAROUSSEAU, President of the French National Authority for Health

·         Michèle DELAUNAY, French Minister of the Elderly and the Autonomy

Together with the final synthesis report (108 pages) and the full list of recommendations (10 pages) you can capture our main headlines.

Inspired by Egypt’s pyramids, our recommendations on Timely Diagnosis incorporated an incremental strategy to dementia healthcare planning across the EU and within member states.

An approach that will interest all those working in the field, tackling as they do some of the most challenging issues facing health and social care, including the ethics of early diagnosis.

We hope to present the findings and associated reports in the UK throughout this coming year.

ALCOVE has enabled us an unprecedented glimpse of the status of dementia services across Europe. To me the Paris launch combined excellence in design with new advances in science. A fitting rite of passage!

As the globe wakes up to the impact of dementia, it is my belief that this launch will prove as historical as the Palais d’Iéna.

What 3 top priorities can dementia services in developed countries focus on?

Has the clinical community caught on to this?

The public may want earlier interventions, clinicians are still divided. For many, this remains controversial.

(2) Mild Cognitive Impairment (MCI): early enough to be noticed but too mild to be named dementia. MCI is a state not a disease. Some ‘convert’ to

Why is prevention and earlier intervention important?

So are we there yet?

As we await disease modifying treatments, we are refining our grasp of

What about all the bad press?

The potentially stigmatising effect of “pre-dementia” can be offset by the empowerment of an early diagnosis and disease control. It is our focus on later stages which may be perpetuating negative perceptions.

Surely telling someone they have MCI causes unnecessary anxiety and depression?

Not everyone wants to know. However, the opposite can also be true. Disclosure, to many who suspect something is amiss can relieve anxiety and extend choice.

What evidence is there that this works?

Some evidence supporting the benefits of controlling high cholesterol, high blood pressure and various lifestyle modifications like eating healthily, taking exercise, smoking cessation and avoiding hazardous alcohol consumption in middle age. This approach successfully reduced the prevalence of heart disease in the UK. We know that intellectual stimulation, the right diet, good control of diabetes and depression may reduce the incidence of dementia. Protective factors include active lifestyles, social connectedness and mental resilience.

Some innovations like the productive ward were piloted without ‘evidence’, and it is through refinement of prototype that made them so successful. Lack of ‘evidence’ does not mean evidence of absence of an effect.

Meanwhile we await 3 European Alzheimer’s dementia prevention trials underway in Finland, Holland and France to announce results in the near future.

How much is needed to invest in identifying and targeting brains at risk?

Many prevention platforms already exist within the NHS e.g. Health Checks, primary care liaison workers and a sub-type of cognitive behavioural therapy (CBTplus), developed within the ‘Take Heart’ service, probably the only MCI service in England.

Considerable savings projected though not instantly.

Estimates based on unpublished health-economics assumptions suggest £230m savings in 10 years (England & Wales) and £3.8b by 2033 (a fifth current spend on Dementia).

There’d be no wisdom in ignoring this. Whichever way you look, dementia is on the increase (longer lives, worse lifestyles & pressure to increase woefully low detection rates).

Where is this all going?

Alzheimer’s disease will stay ‘invisible’ for decades before we see it. Measuring and protecting mental capital should be an option open to you and me!

It’s all about choice!